CASE STUDY: The Upturn Guy in a Downturn Time 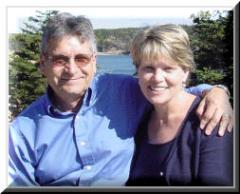 A Time To Be Different

Human nature leads us to follow the crowd because it’s comfortable and, let’s face it, that’s what we do. But when there’s an economic downturn that batters your industry, following the crowd is what you want to avoid. Then it’s time to be different if you don’t want to share the pain of declining sales and profits, says Bill Jones, who with his wife, Deb, owns Jones Service Co. a plumbing , HVAC and electric company that services the Hudson Valley.

While most of his competitors saw plunging sales and profits during one of the nation’s worst downturns, Bill Jones actually had an upturn. “In two of our most challenging months, December 2007 and January 2008, we had produced record-breaking sales,” he says. “That’s because in the fall 2007, we stumbled onto of the industry’s best-kept secrets and we did it just in the nick of time.” It was Joe Crisara’s Total Immersion Sales Summit.

Jones admits that he had had trouble getting the HVAC service of their business to be profitable. “We’ve tried various better practice models but could not get our technicians to follow the training material because it felt so unnatural to them,” he says. “They just wanted to fix things and would constantly tell us that they were not hired to be sales people. That all change once they went through Joe Crisara’s six-day Total Immersion Sales Summit.”

These same reluctant salespeople who didn’t want to hear the word sales began producing between $10,000 and $25,000 in sales each week. “They became so excited about this new-found success that they were thrilled to come to work and even volunteered to run calls when they were not on call,”Jones says. “In all my 23 years of business, I never saw anything like it. Joe Crisara’s approach really works in the field where it counts.”

Jones recalls how, in the fall 2008, his company could have been in deep trouble, as leads for replacement sales (their core revenue producer) dropped sharply. “While everyone was struggling we were burning up with sales,” he says. “The activity was so different from other contractors that the supply houses began asking us, ‘What’s your secret?’ and confided to us that we were the one contractor buying parts, material or equipment.”

Just as impressive, Jones says, is the fact that call backs are down 75 percent and customer complaints remain almost nonexistent.

If You Don’t Believe In Miracles…Call Them

Jones says that if you don’t believe in the near-miraculous change, just call him and he or Deb will explain in careful detail why the Total Immersion Sales Summit really works and why he sends every employee to it. Jones has become such a fan and believer that he’s already sponsored two such sales summits at his offices. He also knows that post-training is important and says Joe conducts five weeks of coaching conference calls following the event to make sure that people implement the material they learned.

Jones had an opportunity to meet with some of the contractors who attend the Total Immersion Sales Summit and how it kept them out of the red during terrible economic times. “Some even admitted to me that they were just weeks away from closing their doors and that attending the Total Immersion Sales Summit experience, their business turned around. The main reason it works so well is because it allows the technician to just be themselves and the customer to be in control of the outcome. “Happy techs, happy customers, what a novelty,”he says.

Why Does It Work So Well?

How much do Joe and Deb believe in Joe Crisara’s fail-safe method of improving sales? “Deb and I would not open our doors or put our names on the line if we did not truly believe in Joe and Julie’s Crisara’s Total Immersion Sales model.”