Using Fear As a Barometer 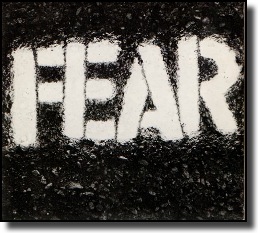 Using Fear as a Barometer

Fear can disable the best of us. Many times the fear we face in service and sales situations start to make us create assumptions that lead us to dysfunctional behaviors. Sometimes the fear begins with finding a huge problem that the customer didn’t expect on a typical call. The problem is viewed as small or routine by the client but after you diagnose the whole system you find the problem is bigger than anyone anticipated. The fear that the client may think you are trying to sell them something they don’t need may paralyze some into covering up the problem instead of solving it.

Indeed service or sales people who fear things like the economy, high prices, their ability to sell, close or handle objections usually blame the fear itself which stops them in their tracks, instead of trying to sculpt an effective response to it.

Fear As Your Friend

Imagine if fear were your ally instead of your enemy. How can fear our feeling of fear be our greatest asset? The first thing to remember is that fear is not real and that it is only a feeling we get. It exists in our minds and not in reality. Although fear can paralyze some, it can also be a powerful agent for change. Let me illustrate this point by using two unique situations.

In situation #1, I want you to close your eyes and think about a 10 foot long steel I-beam laying flat on the ground. Most of us could walk across that 4 inch wide I-beam with no trouble at all if asked to do so. We probably could even do this blind=folded if we really concentrated.

Now in situation #2, take that same 10 foot I-beam and imagine if it was a bridge between two buildings and the beam was placed 80 stories high. Now imagine yourself attempting to cross this same surface. For some, it would be frightening, too risky and they would be paralyzed. Most likely your fear would prevent you from even trying to cross this seemingly easy walkway.

Focus On What You Want

To be successful, you would have to re-focus on the thing you wanted and not on what you don’t want if you really wanted to cross the 80 story high I-beam. Most people would focus on the ground 80 stories below and imagine themselves falling.

Those people would no doubt fall as they imagined. Instead, of focusing on the ground below, you would easily cross the beam if you focused only on the 4-inch surface or even the building on the other side of the beam. If you thought about that 10-foot span you would realize that it would probably take as little as three easily well placed steps to cross it.

What is the difference between the two situations? In reality, nothing has changed but our focus and perception. We focus on failure and so we fall. If we focus on what we want we will most likely succeed. Understand that I am not saying that you should not feel fear or be fearless and possibly reckless.

The feeling of fear does exist, even if only in our minds. If you listen to that feeling of fear and use it as the warning sign to make changes and create a better reality, it can be our greatest ally. Think of the feeling of fear as your internal barometer telling you to do something to take action before your fears become a reality.

Remember that fears are just nightmares and are not real. When first feeling fear think about what that fear is trying to tell you. Think about what is real right at that moment and then take action immediately. Remember to not focus on that fear but instead focus on the opposite of that fear and how you want that instead.

If you do that, you are on your way to getting anything you desire.