Hey, go-getter. Yes, you could do it all, but there are times it’s best to step back and stop stifling your team’s productivity and creativity.

By their very nature, entrepreneurs are doers. While other people may scheme or dream up ideas, entrepreneurs prefer to take action. That’s how companies are born. The rub, however, is that the drive to do things can often become a hindrance for an entrepreneur over time. “As companies grow, many entrepreneurs have trouble moving from the doing phase to the leading phase,” says Stephen Harvill, founder of Creative Ventures, a consulting company in Dallas, Texas. “It’s understandable since many times the small business person did just about everything to get the business started. But, as the business grows, they don’t shift their mindset from doing to leading.” In other words, many entrepreneurs get stuck micromanaging tasks that should be delegated to others inside or even outside the company.

A case in point is Mike Faith, CEO of Headsets.com, an online retailer based in San Francisco, who says that giving up doing things can be like breaking a bad habit. “Many entrepreneurs have an addiction to making sure things get done ‘just right'” and there’s no reason to give that up, says Faith. “That’s often how they became successful, by having higher standards to get things right than others around them, sometimes even obsessive standards. I’m one of those people.”

The truth is, however, the more a CEO micromanages his staff and subordinates, the less productive everyone becomes – which can lead to a death spiral for a nascent enterprise. The answer, then, is to hire the kinds of people you can trust to get the job done all on their own. “Employees need to be given responsibility and continually challenged to grow so that their jobs do not become routine and so that they personally feel invested in their role and the organization as a whole,” says Ryan Peterson, founder and CEO of OCZ Technology in San Jose, California. “It is important to start delegating tasks immediately and just as critical to make sure that the right tasks are begin delegated.”

In that spirit, Inc. asked dozens of entrepreneurs and small business experts to list what they thought were the top 10 items that, despite every temptation to do so, they should not micromanage. Here’s how they responded, in no particular order:

END_OF_DOCUMENT_TOKEN_TO_BE_REPLACED 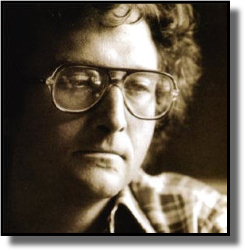 “Tired” Of Being The Boss

I know I may be dating myself but I remember an old Randy Newman song called “My Life” in which Randy in the song, speaking in the voice of Bruce Springsteen utters these words that still ring in my ears. He sang, “Randy, I’m tired of being the boss. Can you be the boss for awhile?”

Being the boss is difficult and especially so regarding managing sales people or front-line employees who have been given the chore of listening to customer problems that clients have and then selling the solutions. Of course in the service world, problems are just opportunities to serve.

Over the years I have observed a few characteristics of the mediocre sales manager. These people are definitely “tired” of being the boss and it shows through their ineffective styles of management which leads to poor results by their people. Here we begin to explore why these managers are so tired. END_OF_DOCUMENT_TOKEN_TO_BE_REPLACED