CASE STUDY: Heartache on the Way to Success 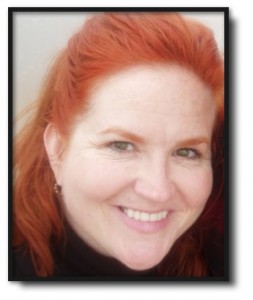 Most people identify “Mom and Pop” shops for their welcoming charm. Yet despite a reputation for exuding a comfortable feeling, many end up closing their doors. Whether the challenge is big-box competitors, an economic slump or limited resources, making ends meet can be tough. But for Precision Air-Conditioning of Memphis, Tenn., the family business figured out the secret to staying open for 37 years and counting.

Just as individuals have a story, so do businesses. Ten years ago, asking Kathe Stewart if she would ever work in the family business would have resulted in a firm “no.” As a practicing lawyer, she never imagined she would one day be chief operations officer of her father’s air-conditioning company.

But in 2002, an unfortunate event changed the course of her life and the direction of her father’s company.

A Family In Need

In 1973, her father, Dennis Stewart, founded Memphis Tenn.-based Precision Air-Conditioning. For almost 30 years, he lovingly managed the company he built, dedicating himself to his customers.

“My dad genuinely cared about people and wanted to take care of his customers,” says Kathe. In 2002, everything changed. Dennis Stewart passed away and his son, Larry Stewart, who had worked alongside his father, took over managing the business.

Even though Larry had just lost his father, he didn’t have much time to grieve. He still had a business to run and customers who needed him. So Kathe decided to help. “I packed a suitcase only intending to stay for a few weeks,” Kathe says, recalling that fateful trip to Memphis.

What she discovered was a far larger challenge than she could have anticipated. Kathe and Larry quickly learned that the family business was facing some major challenges. If they wanted to keep their father’s business moving forward in the new millennium, changes had to happen, and they had to do it quickly.

In one sense, the company was in good hands to make those changes, if you looked at the management team. Kathe describes Larry as the technical brains, while she felt more comfortable on the business end. Although they were an ideal management pair, success in the HVAC industry is never an easy feat. And family businesses have an emotional component that other companies don’t.

For Kathe and Larry, the challenge was keeping the integrity of their father’s customer service, yet overhauling some outdated or ineffective business practices.

He Had What We Wanted

Luckily, there was a consultant who would end up teaching them how to turn unparalleled customer service into great success. That consultant was Joe Crisara.

Kathe and Larry had met Joe in 2005, at a HVAC Comfortech show. They exchanged contact information, and Joe stayed in touch, sending them tips and offering advice. He eventually invited Kathe and Larry to one of his immersion summits.

“Joe was genuinely interested in helping us be successful whether we bought anything or not,” Kathe says. “He didn’t sell us anything, yet when he was done talking, we decided that what he was offering was what we wanted.”

So Kathe decided to go to the seminar, and she took along two contractors with her. A month later, Larry and another contractor went. “After the week-long tech summit, I was sold,” Kathe says. “My brother thought we should hire Joe to come and do a more intensive training. But finding the money was difficult.

“When we were first talking about this, we kept saying we can’t do that. Then it became we can’t afford not to do this,” Kathe says. “But Joe isn’t one of those people who makes you buy the big program. For a year, he was very generous with his time and advice.”

And it was Crisara’s generosity that convinced Kathe and Larry to hire him to train their employees. He went to their office in Memphis a few weeks later.

Put Your Customers In The Driver’s Seat

Crisara’s method takes the persuasion out of selling and puts customers in the driver’s seat. He urges contractors to listen more, talk less and offer a variety of options, including expensive ones. Crisara believes that contractors don’t have to slash their prices to make a sale, especially when they provide a good and valuable service.

“It shook us up a bit to recognize that doing the cheapest, basic thing we can do for people is frequently not what they want,” Kathe recalls. Both Kathe and Larry thought they were “doing right” by their customers. But after hearing Crisara’s theory, they started to open up to the idea.

“When you worked for your dad, and always talked about how he did it, sometimes you have to shake it up and try somebody else’s way,” Kathe says. “We thought we were doing them a favor by giving them the bare minimum. But maybe they may want a tax credit or maybe they may hate their unit. We learned that by giving customers choices we were actually giving them giving them better customer service.”

Everyone’s Not As Open Minded

Not everyone opened up to Joe’s ideas. His program was not met with complete acceptance. “After we went through Joe’s program, we had one service technician quit, and then another,” Kathe says.

And the customers who had gotten used to Dennis Stewart’s service and taken advantage of it didn’t like Joe’s program either. A handful of customers went elsewhere.

“Customers got complacent with having my dad come over, whether it was Christmas or Sunday, and not charging them,” says Kathe. “Some expected to always get things for free. But you can’t keep doing that and be able to keep your doors open, not today when so many businesses are closing. It’s one thing when we need to fix a unit, but it’s another thing when customers just don’t want to pay for your service.”

Although they lost a few customers, Kathe and Larry were confident in Joe’s program. They spent time implementing it and working hard to connect with their customers.

After the initial shock, real results started to come.

Today, 99% of their customers are very happy with their service. Anytime a bid, service call or installation takes place, Precision Air-Conditioning sends out customer satisfaction surveys. Since working with Joe, only 1% have provided any negative feedback.

“Sometimes it’s just a difficult customer,” Kathe says. “The rest of the time, we messed up Joe’s process because there’s a difference between paying attention to what Joe tells you and doing what he tells so customers enjoy their experience. If you don’t do it properly, you end up pushing through the sales steps and pressuring the customer. That’s wrong, and the result is they will just want you out of their house. You either have a happy customer or you have someone who is never going to call you again.”

Precision Air-Conditioning’s sales have also increased. It has been almost 10 years since Dennis’ passing, and the company continues to grow. Although they may not give as much away for free, the level of dedication and customer service has remained high.

“The difference is whether you are doing the program with a pure intention,” Kathe says. “If you truly want to help people, you will see results. It is a quality that I look for in my staff.”

Kathe acknowledges that Joe’s program is not for everyone.

“It is mandatory that our team use Joe’s program,” Kathe says. “If they don’t, they can’t work for us.”

Looking back, Kathe says the technicians who quit didn’t care about helping others and didn’t fit with Precision Air-Conditioning’s philosophy.

“Growing up in a family business, you tend to be more tolerant of people who aren’t necessarily a good fit,” Kathe says. “We are better now at deciding whether this is a person we want in our company. After all, our company is an extension of our family,” she says.

And for Kathe and Larry, Joe Crisara is someone they want in their family.

“Joe has a natural helpfulness about him,” Kathe says. “Joe shows with his actions that he is generous and interested in paying it forward. He has a way of connecting people. Sometimes he’ll say that he was talking to this person who is trying something new and then he helps me connect with that person. Sometimes the ideas work and sometimes they don’t.”

Since she first started working at Precision Air-Conditioning, Kathe has come a long way in the HVAC business.

“I’ve learned from Joe and other contractors that he’s put me in touch with.” Kathe says “Being part of the Crisara family means that I never feel like I have nobody to call, because he’s always ready to help.”