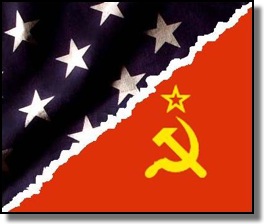 There may be some of you who remember, as I do, that there was a time during the 1950’s thru the 1980’s that wars were literally started to prevent the spread of communism throughout the world. Although we are far removed from the era of “the communists are coming” I see a lot of what defines communism in the mediocre performers in many service businesses in our country.

At the heart of communism is that nobody should have something more outstanding or better than the average person. Whatever one person gets, so should everyone.

That brings me to a question I must ask all of you in the service contracting industry. Are you aware of the spread of communism that may be spreading throughout your company starting with your mediocre performers?

All right, I know you are fed up with your poor performers – but calling them communists? Isn’t that taking things a bit too far? Not really – considering how far off the mark poor performers are with the way that most people in this country prefer to buy things. Service technicians and sales people in the service contracting industry have by-and-large decided that clients should only get the minimum of what they are asking them for. To provide more than what a client wants is considered “upselling” clients. I think that word is deplorable and should be stricken from a service person’s vocabulary. What I am talking about is offering choices, not upselling.

In communist regimes the removal of choice for the people is paramount to maintaining control over the masses. Also every communist empire ever built is famous for restricting information so that the people do not get envious or restless about desiring the things that the “free” country’s of the world have.

Poor performers are not “on code” with the average American when they choose to restrict information with their clients. What are they afraid of? That the buyer may want more if we show it to them? What would happen if they were free to choose from a more permanent solution with more warranty and service and also from options that were very minimal? It would be an interesting science experiment to say the least.

In the days of the iron curtain in communist Russia, people would stand in line for hours for a loaf of bread. In those days, there was no choice. Only one kind of bread was given to everyone. Well, okay, they had two choices. They could take it or leave it. Fair enough? So why as a service professional would you offer only one solution to your customer?

Give Me Freedom Or Give Me…

Our country was built on freedom. To give anyone who lives in the United States of America only one choice restricts people and makes them feel as if something isn’t right. In essence, your customer feels “not free.”

Give your customer the most premium option first and that has the most complete renovation you could perform along with the most service and warranty that could be included. I know this solution a higher investment, but why not let them see what the good life is really like? Then, show them the options in the middle that have less warranty, less service and don’t include as complete of a renovation. Finally, show them the least that you can do by giving them the choice for the minimum of what we were asked for. I have done this for years and so have over 3,000 of my students and the thing we have all found is one simple truth. People love choices.

Don’t stand in the way of the freedoms that we in this country have paid dearly for and continue to pay. Sell like a patriot and give your customer ALL the available choices. After all, it’s the American thing to do.